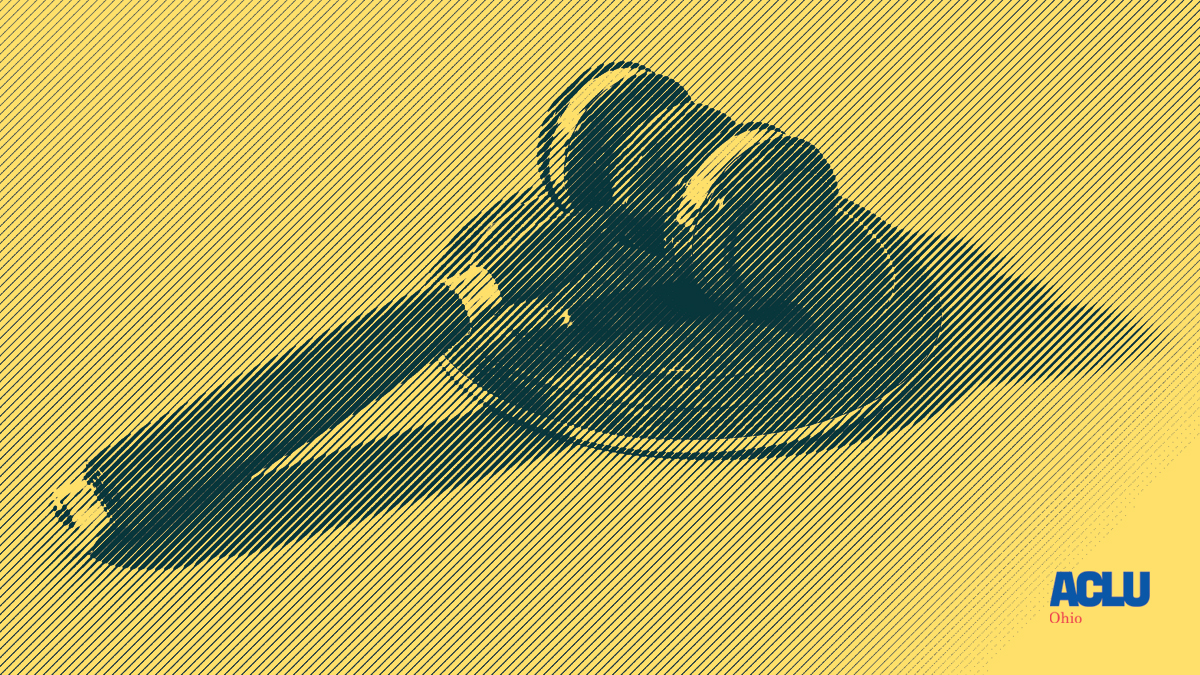 COLUMBUS — Today a large network of organizations, including the ACLU of Ohio and Ohio Conservatives for Bail Reform, released a statewide public opinion poll of voters’ views on criminal justice and the pretrial system, and the results show that a strong majority of Ohioans believe the current system is deeply flawed and are eager to support commonsense bail reform policies.

“These results affirm what we’ve been hearing for years: Ohioans want bail reform. Cash bail doesn’t promote public safety; it just allows wealthy people to buy their freedom. Enacting commonsense bail reform policies will make Ohio a more equitable place and could also save our state up to $264 million per year,” noted Claire Chevrier, Policy Counsel for the ACLU of Ohio.

“The distortion of bailable offenses in our legal system has spawned a bail industry that profits from incarcerating American citizens who have not been proven guilty of a crime before a jury of their peers. The polling from the Tarrance Group shows Ohioans are both aware of this breach of 6th and 8th amendment constitutional rights and full heartedly support fixing our pretrial system,” said Micah Derry, State Director at Americans for Prosperity – Ohio.

“This opinion poll reflects a growing, bipartisan understanding that money should not determine access to justice and incarceration before trial cannot be the norm in a democracy,” said Twyla Carter, National Policy Director at The Bail Project. “And Ohioans are not alone. Across the country, Americans are beginning to see cash bail for what it is: a policy that criminalizes race and poverty. It is long past time to end it.”

“Individuals accused of crimes are presumed innocent until proven guilty. But Ohio’s overreliance on cash bail means this bedrock principle of our criminal justice system all too often is more theory than practice. These polling results confirm that Ohioans want a bail system that protects fundamental due process rights, not a two-tiered system of justice that makes access to cash the primary determiner in whether someone awaiting trial is released from jail,” said Andrew Geisler, Legal Fellow at The Buckeye Institute

“Ohioans across the state and across the aisle have spoken with resounding clarity that Ohio’s pretrial justice system is in desperate need of reform. Keeping so many people in Ohio’s jails is a waste of taxpayer dollars and an affront to the notion of ‘innocent until proven guilty’. We hope these poll results will be followed by thoughtful and urgent legislative action,” added Mike Hartley of Ohio Conservatives for Bail Reform.

“Ohioans are overwhelmingly in strong support of getting rid of wealth-based pretrial detention schemes, and for very good reason. In what other scenario can an arbitrary factor—like the size of your wallet—keep you locked up just because you can’t buy your freedom? People’s lives are broken apart in as few as 48 hours. First you lose custody of your kids, then your job, then your housing. These poll results should drive imminent change to the criminal legal system in Ohio,” offered Kevin Werner, Policy Director with Ohio Justice and Policy Center.

“Most Ohioans believe our state should be a place of freedom and justice for all. That truth bears out in these polling results, confirming that our cash bail system is rigged against everyday Ohioans. Together, we need to fight a fair pre-trial system that protects all of us,” said Prentiss Haney, Co-Executive Director of the Ohio Organizing Collaborative.

“In the post-pandemic period, we cannot underestimate the level to which Americans are rethinking long held attitudes about our criminal justice system. This is reshaping how we think about race certainly, but also how we think about fairness and our humanity — how we treat each other. This reshaping is part of an on-going trend that is going to continue and grow,” added Brian Tringali, Partner at The Tarrance Group.

The study, conducted by The Tarrance Group between December 13-18 2020, included online interviews of 800 registered voters in Ohio. The percentages reflect the views of Ohio voters of all major demographic groups, political affiliations, and geographical regions throughout Ohio.